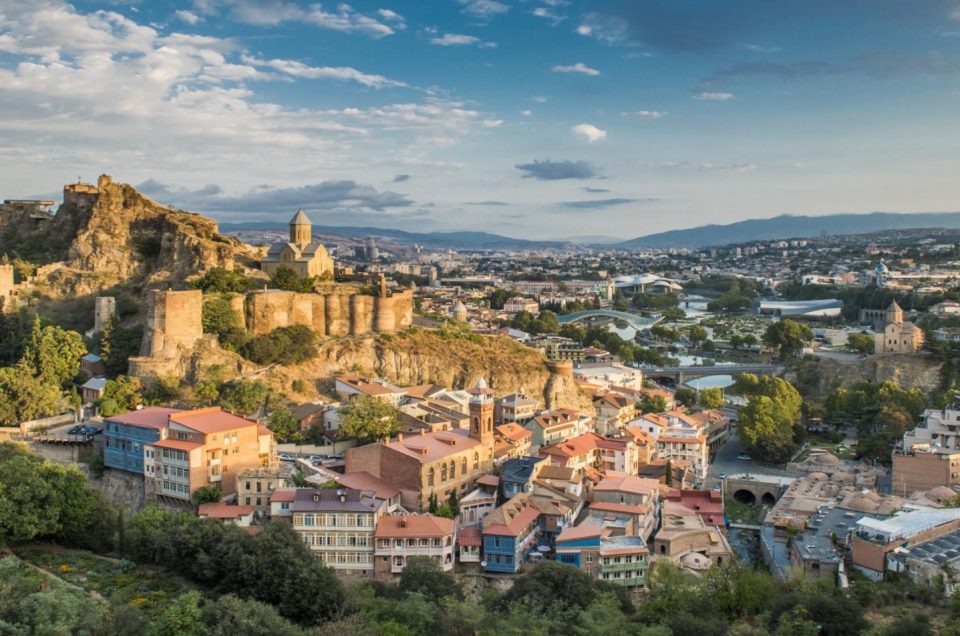 There are so many reasons why Georgia is among popular destinations and why you should visit Georgia too! From delicious food to hospitable people, from incredible landscape to vibrant cities – Georgia has it all! It’s one of these countries where, within a short span of time, you can swim in the Black Sea, go skiing in the Caucasus mountains and in between enjoy a bustling city life.

If you’re still wondering if you should visit Georgia or not below are some convincing reasons why yes, it’s an excellent idea!

Georgian food is the best

Georgian food is hands down the best. Accroding to many TOP-lists, Georgian cuisine regularly appears on the top three positions!

The best thing about the local cuisine is that, even if there are numerous meat dishes, vegetarians will be really happy there too. I know I am! I start each visit in Georgia with a real feast and the goodies I’m always most looking forward to are badrijani (fried eggplant with walnut sauce), khachapuri (cheese-bread), lobio (very thick bean soup), khinkhali (dumplings), ajapsandali (vegetable stew) and few more. 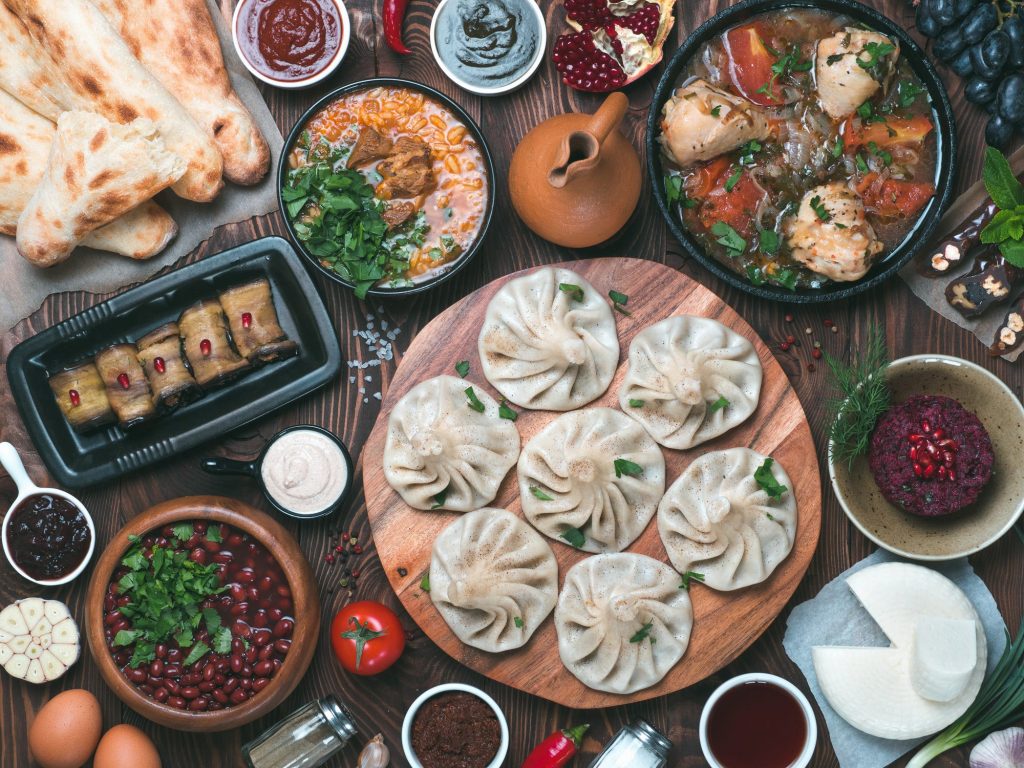 Georgian landscape is breathtaking and there is no exaggeration in this statement. It’s a relatively small country but offer so much: Black Sea beaches (mostly full of stones but still decent enough to spend some relaxing time at), high Caucasus and lower lush mountains, incredible caves, green valleys and more. There is no boring part of Georgia, everywhere you go you will be in awe of the amazing landscape around you.

The area of Georgia was an important place already in the ancient world (then it was known as Colchis and Kingdom of Iberia) and for centuries it has been a strong an independent country. The peak of prosperity happened between 11th and 13th century, especially when Queen Tamar ruled the country (interesting fact: in Georgian language, the Queen is officially mentioned as a King Tamar, but why – you better find out while traveling to this beautiful country!).

Since the end of the 18th century Georgia was under the Russian rule, it was also part of the Soviet Union (by the way, did you know that Stalin was born in Gori and his full name was Ioseb Jughashvili? Yes, he was Georgian).

On April 9th 1991 Georgia regained its independence but that’s when the turbulent history has started again – if you follow world’s news you might remember the civil war or the 2008 short war with Russia. Now finally the peace and stability came to Georgia.

While everyone is raving about wines from such exotic destinations like New Zealand, South Africa or Argentina it’s Georgian wine that deserves the attention. Not only it’s really good, it also has a long history. Did you know that the wine was produced in the area already in the 6th century BC (however the oldest winery in the world can be found in the neighboring Armenia)?

These days the main region to taste Georgian wine is Kakheti in the eastern part of the country, 75% of the production comes from there. What’s more you can get an excellent homemade wine just about everywhere, you can buy it in the restaurants or at local markets where they are sold in the Coca-Cola bottles (it’s actually part of the charm of the markets). 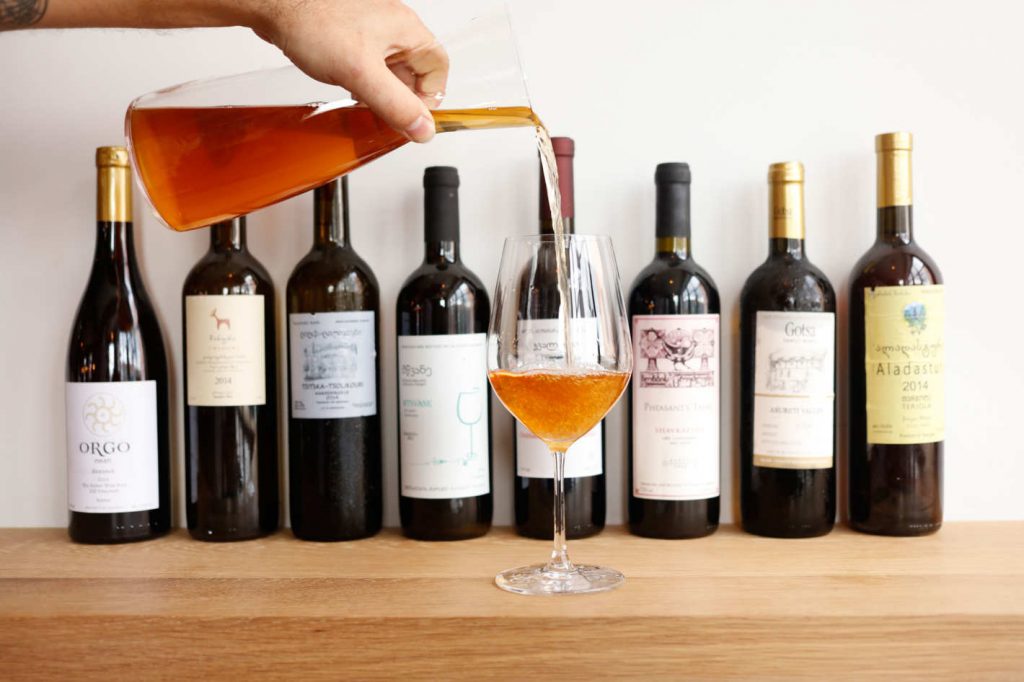 Georgian people are among the nicest and most hospitable you’ll ever meet! Hospitality is a part of culture of Georgia that locals brought through centuries and, which now plays one of the main roles in travel industry! Here people smile and welcome you not because you are a tourist, but a guest everyone is always happy to host!

Thanks to diverse landscape Georgia can be a great destination for adventure lovers. You can go skiing here in Gudauri, climb Mt. Kazbek (5047 meters above the sea level), go horseback riding in numerous valleys or paragliding in Caucasus mountains. Or do a full 4WD in Tusheti, where only the extreme drivers dare to go!

There are even more things to do, see, taste and try in Georgia. The country offers a all-year-round possibilities for any taste travelers! So don’t put it aside, call or email us and plan your next trip to Georgia with InterMICEtour!